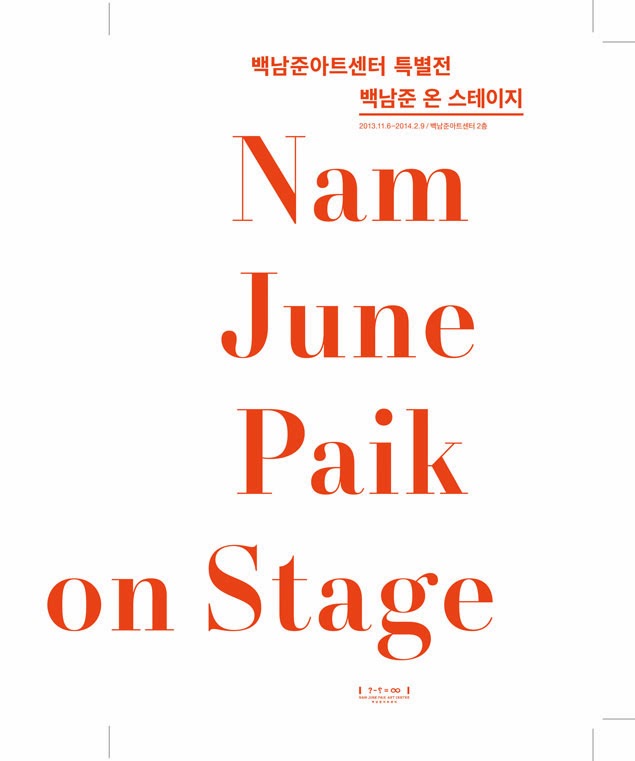 Nam June Paik was a media artist, who invented a new art medium, but above all, a great performance artist. For Paik, who extended his territory from music to visual art, performance was a place of freedom where he can meet audiences face to face, transcending traditional art genres.
It was through performance that he showed radicalism of breaking the musical instrument and exposing body, as well as a philosophical reflection to search for the connection between humans and technologies.

In celebration of the exhibition by the 2012 Nam June Paik Art Center Prize winner, this special exhibit sheds new light on Nam June Paik’s performance. This will provide an opportunity to see how Paik’s diverse works ranging from videos and other materials that recorded his performances, happenings on the street, to performances conducted to make a video have affected today’s video artists focusing on the body and movement including Doug Aitken.

Paik’s colleague Catherine Ikam, a video installation (sculpture) artist, made a documentary from the videos containing Paik’s reenactment of his major performances in the studio. Whereas the performer’s gestures are usually hard to observe perfectly due to a number of variables and noises in the recording of live performance, her documentary displays every single gesture of Paik. Presented for the first time in Korea, this video includes the scenes of Paik’s performance in front of chroma key green screen. Accordingly, it leaves a possibility that the late Paik can exist in a work of new time and space with image synthesis techniques.